Are the people in your book modern or traditional? 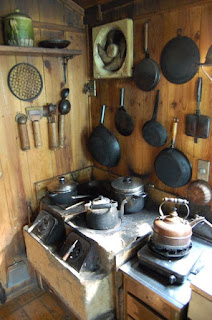 “Even though the people in your book are doing things that seem (and actually are) "traditional" -- Oizumi in Chapter 1 using charcoal, Atsuko in Chapter 3 cooking over a wood fire -- they are at the same time radically modern. Is this a function of living in such an old society -- that sometimes, being ahead of the curve in such societies means reaching way back into history?”

The people in A Different Kind of Luxury are demonstrating a new style of modernity in the very conscious nature of their choices: What is the real priority of being a human being, alive? Here's a passage where Atsuko and I are talking at her dining room table, at her old farmhouse, late into the night. She says:

“What I really want is more time.” I look up at the clock. We’ve been talking now for almost four hours. I compare this with how hard it is for my English students to make time for even a one hour lesson, once a week. People are insanely busy here.

Then Atsuko adds, “Long ago people probably didn’t have time either.” I imagine rural life of two centuries ago, peasants struggling all day long, every day, just to provide enough to survive. “They were really busy; they couldn’t realistically expect or seek having more things or time. Now, as long as you don’t desire too many things, you can have some time.” 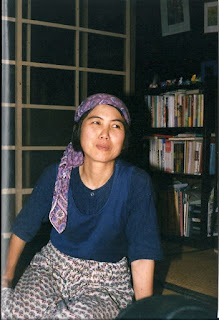 I recall now what Atsuko said years ago when I first met her, that her priority has been to have the time to muse and reflect and really think about things. She’s been making this her priority for years. The results, I speculate, are the subtlety of her thinking, and the deeply considered nature of her choices. Perhaps it is simply about making sure that you have time for yourself. She adds, “Most people have directed their attention toward having things more than time, and that’s why they are always running.”

So we modern people have the opportunity to set up our lives in such a way that there's time to contemplate, but the ability to constantly stimulate ourselves, and the enticements to do so, make it difficult because our brains are wired to chase after the next new stimulation. It’s harder to make time to actually think about the important things about being alive. So what the people in A Different Kind of Luxury have done is to take the opportunity that modern material abundance gives us, and not try to just chase after the symbols of success, but to cherish the opportunity to live really rich lives.